For some of us, food is much more than a way to gain nutrients. Many of us find comfort in food. The skewed relationships we have with food can help to explain why so many of us are overweight or even obese.

Many studies have been performed about the relationship between food, obesity, and starvation. Starvation has even been proposed as a way to treat obesity.

The studies answer some questions and create others. For example, how long can a fat person live without food?

Key Takeaways – How Long Can an Obese Person Go Without Food?

Surviving Without Food if You’re Obese

How Long Can a Fat Person Survive Without Food?

So how long can an obese person survive without food?

It’s generally believed that an overweight person can extend their length of survival by 110 days for each additional 50 pounds of weight. That number depends on exertion levels, hydration levels, overall health, and other factors.

One obese person who weighed 456 managed to survive 382 days without food. He only consumed periodic vitamin supplements.

During starvation, your body burns body fat for energy to keep you alive. It’s no surprise that a morbidly obese person has more fat cells to burn for energy. This stage of starvation can take much longer for an obese person than for an average person. Many factors including the amount of excess fat help to determine how long an obese person survive without food.

How Long Can an Average Person Survive Without Food?

Your starting weight is only one of the factors that affect your survival without eating. Environment, overall health, and the quality of the food you ate before you stopped eating all have an effect on your survival. The biggest factor in how long you survive is how hydrated you are.

What’s the Longest a Person Has Survived Without Food?

The longest documented case of an overweight person surviving without food was 382 days. The man was 456 pounds at the beginning of the study. He lost a total of 276 pounds during his starvation ordeal. Doctors monitored the process and gave him occasional vitamin supplements to help maintain his health.

The man went 37-48 days without defecating. He didn’t suffer any ill effects after his ordeal. Five years after his fast he still only weighed around 196 pounds.

Why Obese People Have an Advantage Surviving Without Food?

The difference in the fat to muscle ratio also means that everyone’s body burns fat differently. Looking at your personal statistics can help give you an idea about how long you could live without food.

If you’re wondering how we came up with 110 days for every 50 extra pounds, let me explain the math. One pound of body fat is equivalent to approximately 3,500 calories.

When you are simply sitting you burn about 1,500 calories. With those numbers, we can estimate that it takes a little over two days to burn one pound of fat, so it would take 110 days to burn 50 pounds.

Starvation As A Treatment for Obesity

Starvation has been used as an effective treatment for severely obese people. The treatment can be dangerous because it depletes the body’s protein.

When an obese person uses starvation as a treatment for obesity they use excess body fat and protein stores much like animals who store up nutrients and then go into hibernation.

Most people would starve to death in approximately six weeks. However, that process might take longer for some people if they have excess body fat to help sustain them. It takes approximately 28 days for starvation to take its full toll on the body.

Let’s take a look at the starvation process at different stages, so you can understand what happens to your body at each stage.

After 12 hours with no food, you’ll probably feel much like you do when you wake up hungry after a long night’s sleep. Your glucose levels will drop, and you’ll have that familiar rumbling in your belly that you get when you’re hungry. Some people start getting moody or irritable during this phase.

When you’ve gone 24 hours without food, your stomach will rumble more. You may experience lightheadedness, an increased heart rate, dizziness, or a headache.

You may not feel as mentally sharp as normal, but you should still be able to perform specific tasks. This stage isn’t fun, but it shouldn’t cause you to panic.

Within 48 hours of eating your last meal, your body will have depleted the stores of glycogen that are found in your liver and kidneys.

You will likely feel extremely fatigued, unable to focus, and unable to complete complex tasks. Shakiness and irritability are also common at this stage.  Some people even begin to hallucinate.

Going without food for 72 hours leaves you so weak you may become bedridden. Diarrhea is a possibility at this stage. Your body will be burning body fat stores for energy, but they will be quickly becoming depleted.

When you’ve reached the 96-120 hour mark, your body has likely stopped burning fat and has moved to breaking down the protein in your muscles. Blood glucose levels will return to normal removing dizziness and headaches. For some people, their body has already experienced too much strain and they have entered organ failure.

If you reach 120 hours without eating, you will be experiencing all the symptoms mentioned here. Thinking and moving properly becomes impossible. Your heartbeat will become irregular. If you’ve made it this far, you are at risk of a heart attack at this stage.

FAQ – How Long Can a Fat Person Live Without Food?

What are the signs of starvation for obese people?

The signs of starvation vary from person to person. However, here are the main ones to keep in mind:

You should also be aware that along with the symptoms, there are also side effects of starvation, such as malnutrition and dehydration. Prolonged starvation can lead to long-term health issues.

Does your body eat itself when you starve if you’re an overweight person?

When you starve yourself for extended periods, the body’s cells begin to eat pieces of themselves. The process is called autophagy. It’s a normal part of cell life, and it’s a survival function of the cell.

How long can a fat person go without food without being hospitalized?

Research indicates that you can go 8-21 days without food, and some researchers say you can last about two months, provided you have enough water to drink.

However, these estimates are simply that, estimates. Ethics won’t allow for the testing of the theory, and there are other factors involved. Initial body size as well as overall health play a role in how long your body can actually last without eating.

Can you survive with just water and no food if you’re obese?

Does your stomach shrink when you starve if you’re fat?

For years, people have said that when you eat less your stomach shrinks. However, that is a myth. Once you reach adulthood, your stomach stays basically the same size. You must undergo major surgery to actually shrink your stomach.

Can a Fat Person Starve to Death?

Yes, a fat person can starve to death. It will take longer than an average weight person though. It’s estimated that you can survive 110 days per 50 lbs of excess body weight.

When your body enters starvation mode, it begins to feed on its own cells for survival. Obese people have a greater chance of survival when that happens. The body begins by feeding on body fat cells first.

Those who have the greatest number of body fat cells are more likely to survive longer without food.

The average person will survive approximately 21 days without eating. An overweight person has the potential to survive about 110 days for every 50 extra pounds of weight they carry.

Of course, that depends on the person’s body makeup, environment, overall health, quality of food prior to starvation, and hydration levels. 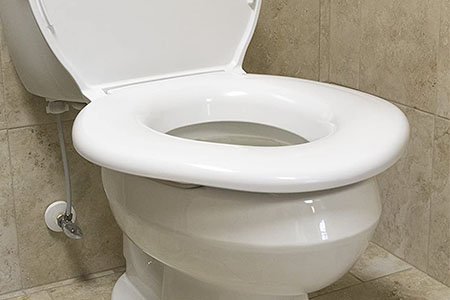 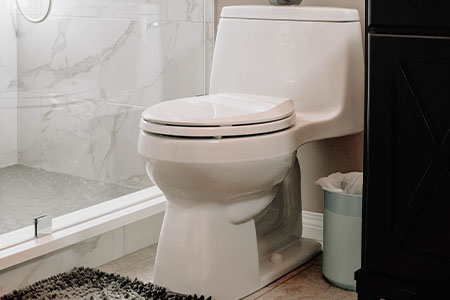 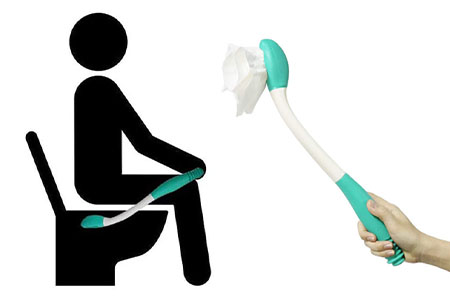 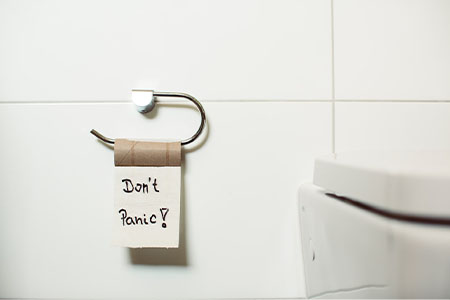 How Do Fat People Wipe? 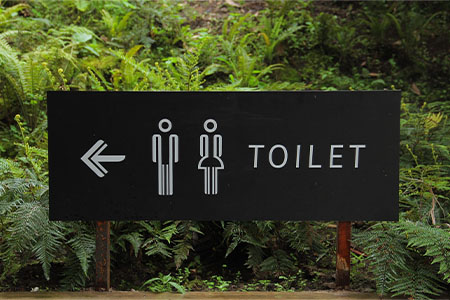 How Much Weight Can a Toilet Hold? 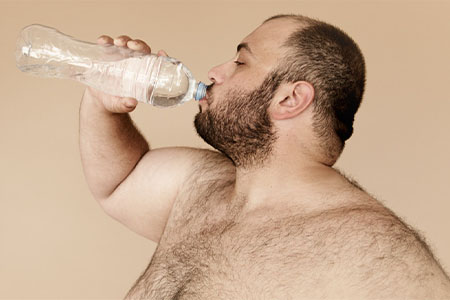 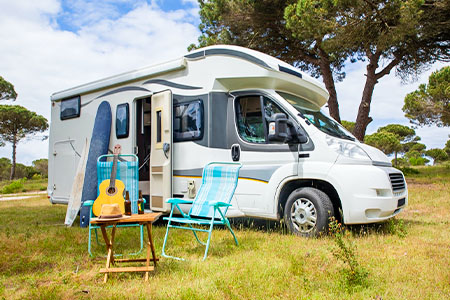 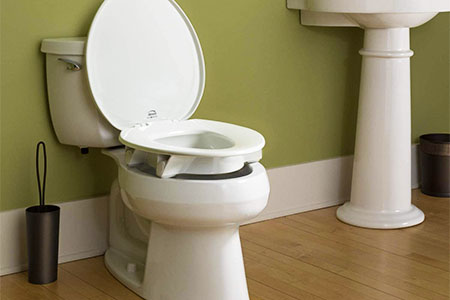 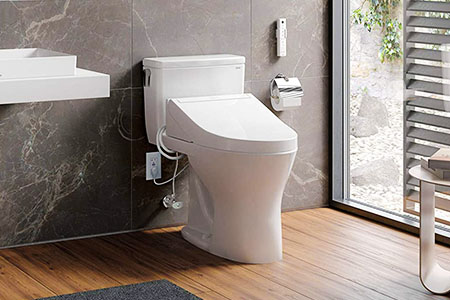 Bidet for Obese or Large Person